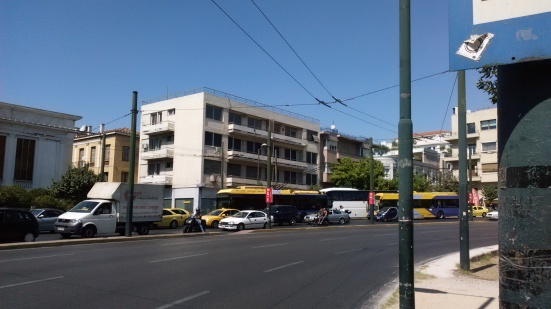 Second observation is the slight popularity of cycling in Athens. I already saw and spoke to some people who commute on bike. However, they also say that cycling is still very dangerous because of the lack of cycling lanes and car drivers and motorists that are not used to cyclists in the traffic. Therefore, many cyclists use the footpath instead of the roads, which is indeed dangerous for the pedestrians. Furthermore, I have already seen a couple of groups who do a cycling tour to discover Athens by bike (see for example: http://www.meetinathens.eu/). In this way, the bicycle as a mode of transport is becoming more visible in the city center. I hope that in the future, the bike will be more popular as a mode of transport in Athens! 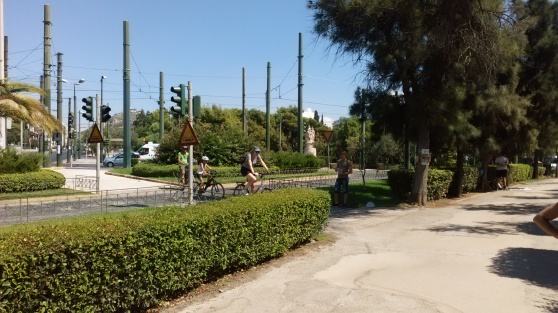 1 thought on “The trolleybus and the bicycle in Athens.”